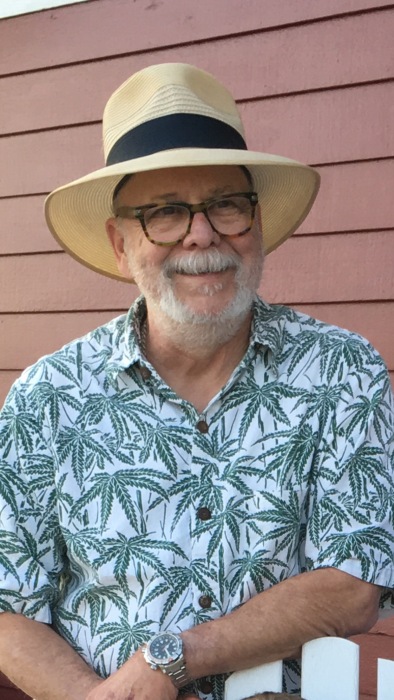 Olle, “OJ”, was born on February 3, 1950 in Washington D.C to Kenneth and Antonina “Toni” Joiner. As a young boy his family moved to Junction City, KS where he attended school and met the love of his life, Darla Shrouf. Though Darla and OJ were together since the 4th grade they were married on July 3, 1971. Soon after, they moved to the Kansas City area where OJ began his career working in the engineering sector of the automotive industry as a draftsman and later an estimator. OJ was known for saying that he was never bored. He enjoyed keeping busy with various hobbies and pastimes including, skydiving – completing more than 250 jumps, caring for his beloved dogs, operating a ham radio, building and selling firearms, and entertaining his family and friends with his many hilarious and wild stories – which he referred to as “philosophizing and prophesizing”. He was quite a character and if you met him, you never forgot him. OJ is preceded in death by his parents. His captivating charm and abundant zest for life will be fondly remembered and greatly missed by his wife, Darla; sons, Zach (Meagan), Rafe (Jessica), Dylan (Madison), and Seth (Michelle); grandchildren, Haylee, Max, Nash, Ford, Henry, Jett, Blake, and Raylon; and many extended family and friends.

A memorial celebration will take place at Terrace Park Funeral Home on Thursday, December 10th from 5:00 pm to 7:00 pm. In lieu of flowers, contributions may be made tothe University of Kansas Health System, Center for Advanced Brain and Neurological Care (https://www.kansashealthsystem.com/giving/donate), whose team of doctors and nurses took excellent care of OJ during his time in their stroke rehabilitation department.

To order memorial trees or send flowers to the family in memory of Olle "OJ" Joiner, please visit our flower store.