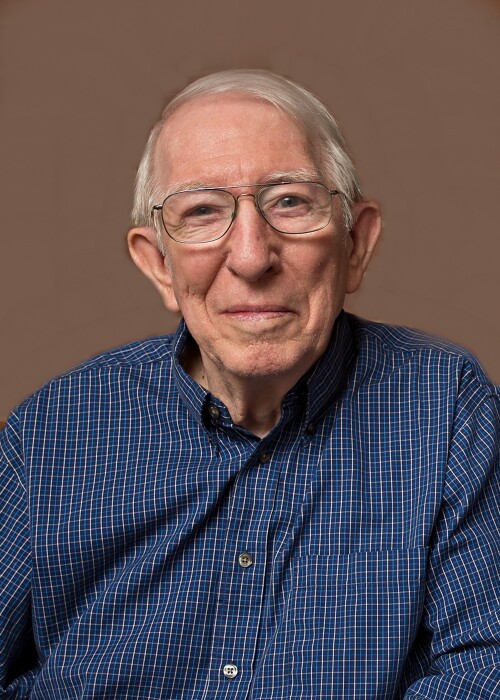 After years of keeping Parkinson’s at bay, Paul Newell Hauser passed on May 30, 2020 in Overland Park, KS at the age of 85. Paul was born on October 3, 1934 in Kingfisher, OK, to father Albert W. Hauser and mother Thelma Oakes, who predeceased him.  His wife, Paula, passed last year after a brief battle with cancer.  Paul grew up with two sisters.  He attended Cameron Junior College (now University) before moving on to Tulsa University.  He played and excelled in sports from high school through college, including football (“Howitzer Hauser”), baseball and basketball.

Paul married Paula on August 20, 1955.  They started their careers and family in El Reno, OK.  Soon, there were better job opportunities in the Kansas City area, and they relocated to Prairie Village in 1963.  It is here where they lived and raised their two children.  In 1971, they moved to Leawood and lived in the same house until last year.

Paul was cereal chemist at General Mills, mostly working the night shift at the lab.  That allowed him to come home in the morning, get a few hours sleep until early afternoon, then coach his boys’ sports teams.  He made this sacrifice for years, and both boys still remember how beneficial it was!  Great experiences were had by all in the same sports he excelled in: football, baseball and basketball.  In retirement, he loved to visit family and definitely was a true Chiefs and Royals fan!!  He was a member of the Red Bridge / Southpoint Church of Christ.

He requested there be no funeral home service.  A small family celebration of life in his honor will be held.  The family would especially like to thank the caring staff and nurses at AdventHealth Care Center, the long-term oversight of his neurologist Dr. Phaedra Dowell, and the attentive arrangements handled by Terrace Park Funeral Home.

To order memorial trees or send flowers to the family in memory of Paul Hauser, please visit our flower store.