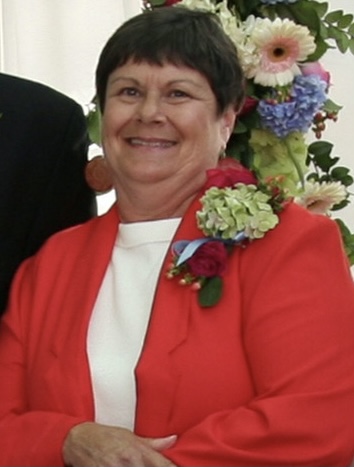 Paula Jean Scott, 73, of Kansas City, MO passed away February 18, 2022, with her family by her side.  Paula was born in Kansas City, MO in 1949 to Howard H. Scott and Betty J. Scott.  She grew up on the family farm in Kansas City and graduated from Platte County High School.  As a child and young woman, some of her best memories are of the time she spent with her extended family in Chillicothe, Missouri.  A true farm girl at heart, she was adored by her aunts, unclesand cousins.  News that Paula was coming to town created excitement and adventure everywhere she went.

After high school, Paula obtained a Bachelor’s degree in Sociology as well as a Master’s Degree in Sociology from Creighton University.  She worked as a Social Worker in Omaha, NE for several years.  She later returned to live in Kansas City after a series of strokes left her legally blind and unsteady on her feet.  Despite her physical limitations, Paula continued to be a servant to others by becoming an active volunteer at Kendallwood Hospice and Kitty Cat Connection. Paula was an avid reader, enjoyed exercise and was a member of the Nelson Art Gallery.  Paula was a loyal sister, friend and was devoted to her deep faith in God.  She was a part of St. Therese’s women’s group and loved Bible study.  She often stated that there were so many Bible stories that she loved and that she could not pick just one to be her favorite.  Paula was the first to say “I will pray for them” when hearing of another’s difficult times.

Paula is preceded in death by her parents, Howard H. Scott, Betty J. Scott, stepmother, Juanita Bunton-Scott and grand-niece, Zoey S. Hill. She is survived by her brother, Howard J. Scott; nieces, Aubree Wisley and husband Luke, Brandie Scott-Hill and wife Misty.  Paula was a proud great aunt to three nieces and two nephews.  They are Finley Hill, Magdalene Wisley, Ezra Hill, Swayze Hill, and Aiden Wisley. She also leaves behind countless extended family members and close friends that have been impacted by her friendship and love.  Paula was the most positive person many of us will ever have the privilege to meet.  Never complaining and always smiling, she was a social butterfly, loved coffee and enjoyed meeting new people.  Paula was a child of God, a servant to His will and will be deeply missed by all her family and friends.

In lieu of flowers, memorial contributions may be made toKendallwood Hospice, Kitty Cat Connection and St. Therese Catholic Church.

To order memorial trees or send flowers to the family in memory of Paula Scott, please visit our flower store.