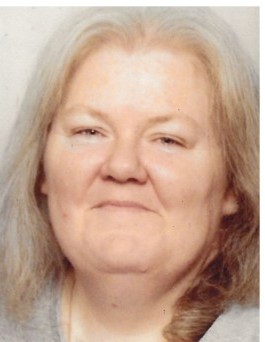 Penni was born on August 13, 1959 in Des Moines, Iowa. She was the oldest of three daughters. As a young girl her family moved from Iowa to the Kansas City area, but she fondly remembered taking the train back to Iowa to stay with her grandmother on their family farm. Penni was a proud “country girl” who enjoyed spending time outdoors, especially watching birds. On December 21, 1979, she married the love of her life, Donald Wilson, and from this marriage they had three daughters. While raising her children, Penni taught them how to bird watch and enjoyed planting her yearly flower garden. She was also an excellent cook, known for her “Poor Man’s” lasagna, pumpkin bread, potato salad, Crazy Cake – a chocolate cake so moist it didn’t need frosting – and many more delicious treats, but most important to her was spending time with family, especially her grandkids.

Services will take place at Terrace Park Funeral Home & Cemetery, with a visitation held on Thursday, April 15th from 5:00 PM to 7:00 PM, funeral held on Friday, April 16th at 10:00 AM, followed by graveside service and burial.

In lieu of flowers, contributions may be made to the GoFundMe account for Penni Patterson Wilson Funeral Expenses: https://gofund.me/5d103028

Don’t think of her as gone away-

life holds so many facets-

this earth is only one.

Just think of her as resting

from the sorrows and the tears

in a place of warmth and comfort

where there are no days and years.

Think how she must be wishing

That we could know today

how nothing but our sadness

can really pass away.

And think of her as living

in the hearts of those she touched...

for nothing loved is ever lost-

and she was loved so much.

To order memorial trees or send flowers to the family in memory of Penni Wilson, please visit our flower store.