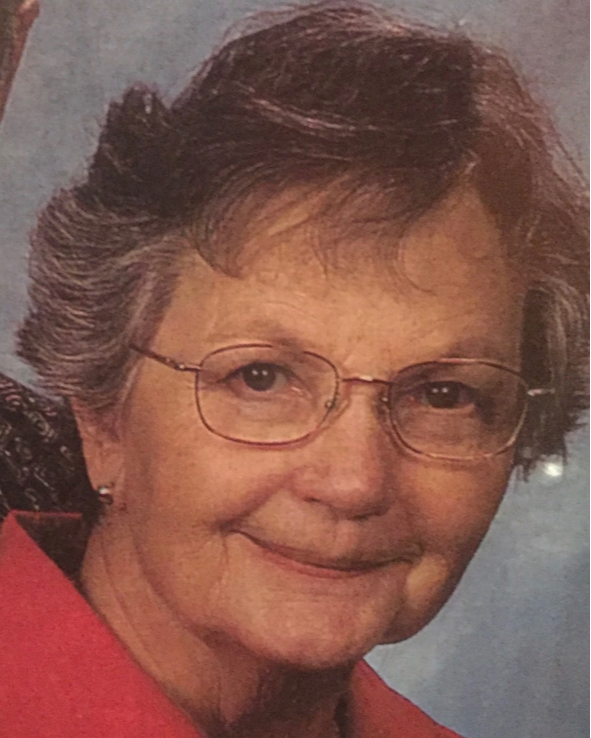 Phyllis May (Ellis) Williams, 92, of Kansas City, MO passed away peacefully on January 10, 2023 at McCrite Plaza in Briarcliff. She was born to the late Elmer L. Ellis and Hassie M (Jacobs) Ellis on July 1, 1930. Phyllis was born and raised in Randolph, Iowa. After graduating from high school in Randolph, Phyllis attended and graduated from Nebraska Methodist Hospital School of Nursing on January 31, 1951, with her license as a registered nurse. While working at a hospital in Iowa City she met and married Ross Williams. They were married in Council Bluffs, Iowa on 5-27-1955 and were married for 67 years. Phyllis continued her career as a nurse in Omaha after they were married. She moved to Kansas City with Ross and her family in 1962 and worked in area hospitals. Phyllis and family moved to Gladstone, Missouri in 1964 and Phyllis started working at North Kansas City Hospital as a surgical scrub nurse and in the recovery room. She also worked as a school nurse for the North Kansas City School District and spent several years working with an area physician as his scrub nurse and with the office staff. Phyllis moved to Birmingham, Alabama with Ross in 1985. Phyllis started a new career by opening her own country French home decorating and craft store. This kept her busy as her grandchildren were being born in Kansas City. Many trips to the beach in Gulf Shores, Alabama were also made while the family were visiting Birmingham creating lasting happy family memories. After Ross retired in 1990, Phyllis returned to Kansas City. Together they built their dream home outside of Platte City close to family. Phyllis spent her time enjoying her grandchildren and great grandchildren. She also enjoyed taking painting classes with new friends and sewing which she always claimed “kept her sane” and her hands busy. She also started to piece together quilts as part of her sewing. Eventually Ross would become the long arm quilter for Phyllis’ quilts as well as others in the surrounding community. She created many beautiful quilts that she shared with others and are treasured by her family. Phyllis was active in the Platte City Methodist Church and assisted with creating items for the annual Christmas bazaars. She also enjoyed volunteering at a local thrift store in Platte City. She will be greatly missed by all. Phyllis was preceded in death by her husband: Ross Williams; her parents; two sisters: Hazel (Ward) Slothhower and Katherine (Dale) Fichter; two brothers: J.C. (Rosemarie) Ellis and Jack (Connie) Ellis; and great grandson: Leland Bradley. Phyllis is survived by sister: JoAnn Roseland (John); daughters: Terri Bradley, Julie (Scott) Henson, and Kathy (Rick) Daulton; grandchildren: Rebecca Bradley and Tim Wood - significant other, Matt (Kaitlyn) Bradley, Chris (Sarah) Henson, Joe (Jenny) Henson, Megan Daulton and Patrick McCarthy - partner, and Kristen (Cody) Evans; as well as great grandchildren: Carter Bradley, Emmett Bradley, Jack Henson, Hannah Henson, Leah Henson, Ellie Evans, and Harper Evans.

In lieu of flowers, memorial contributions may be made to the Nebraska Methodist Hospital Foundation Scholarship Fund for Future Nurses. https://methodisthospitalfoundation.org/donate-today

To order memorial trees or send flowers to the family in memory of Phyllis May Williams, please visit our flower store.