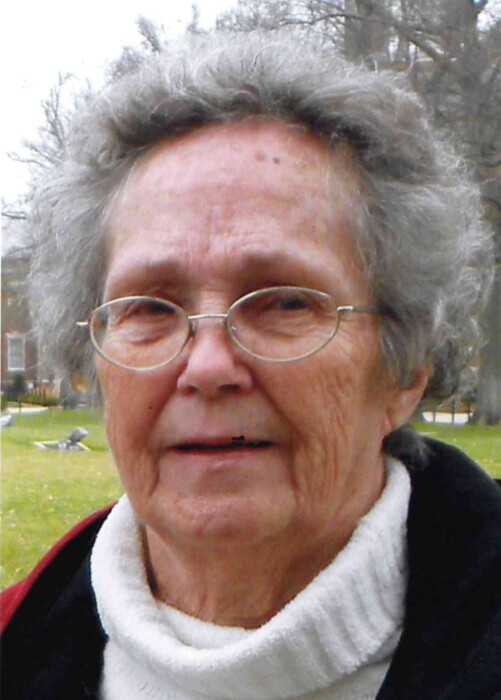 Reva May Abbott, 87, passed away June 7, 2021.  A visitation will be held on Monday, June 14 from 10am-11am at Terrace Park Funeral Home, immediately followed by a graveside service at Terrace Park Cemetery.

Reva was born on December 12, 1933 in South Gifford, MO, to George Everett Gramling, Sr. and Esther Annabelle (Kerr) Gramling.  She was a graduate of Kirksville High School.  Reva met her future husband, E. Nile Abbott, a Navy sailor on leave, while working as a nurse’s aide caring for his father.  They were married on June 4, 1954 and recently celebrated 67 years of marriage.

Reva retired from Commerce Bank after many years of service.  She hosted family and friends at their lake house at Lake of the Ozarks, where she was very welcoming and would never turn anyone away.  She was a league bowler, enjoyed crafts, sewing, and loved animals.  Reva also assisted with Nile’s hobbies:  she kept score for his horseshoe games and helped with his Barbershop Quartet.  More than anything else, Reva cherished being with family, especially her grandchildren.

To order memorial trees or send flowers to the family in memory of Reva Abbott, please visit our flower store.