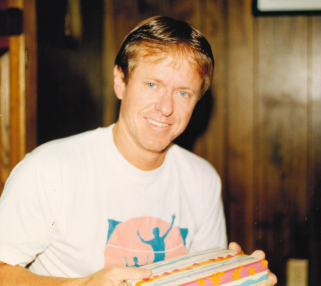 Richard was born on September 20, 1946 in California, Missouri to Geneva and Robert McCollester. After graduating from Wyandotte High School and attending college for a short time, he began his lifelong career as an A&P mechanic for TWA and American Airlines.

Richard and Pam were married February 1, 1986 and that began their commitment to each other and to serving the Lord Jesus. They enjoyed early morning Bible study, prayers, and taking walks together.

Richard enjoyed family and always made the most of family time together. He liked traveling, painting, and archery hunting, but LOVED serving God, reading God’s word and prayer. For 34 years he loved attending Sheffield Family Life Center, where he served in Children’s Sunday School, Saturday Super Church, the Bus Ministry, the Street Ministry, the SHOP Ministry and as a board member and elder.

Richard was preceded in death by his father, Jerome Robert McCollester; and his mother, Geneva Sumler.

Richard was the patriarch of our family, our prayer warrior, our advice giver, and our go to person for anything anyone in our family needed, but best described from a grandson’s quote, “He was a giant among men.”

Words cannot express how much he will be missed.

A visitation will be held at Sheffield Family Life Center on Wednesday, December 1st from 10:00am to 11:00am, with funeral service at 11:00am followed by the burial at Terrace Park Cemetery.

To order memorial trees or send flowers to the family in memory of Richard McCollester, please visit our flower store.