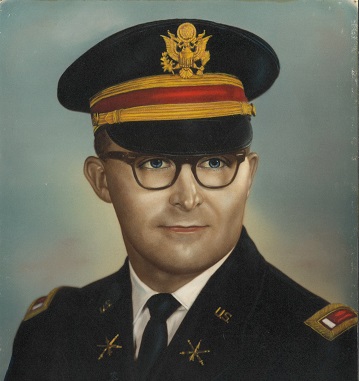 Richard (“Dick”, “Nick”) George Nickum was born December 27, 1937, to Irma Verhamme Nickum and Richard Nickum.  He received his bachelor’s degree from Kansas State University and entered the Army as a commissioned officer (2nd lieutenant).  He fought in the Vietnam war and separated from the Army in 1967.  He worked as a systems analyst, primarily at the Federal Reserve Bank and Farmland Industries.

He married Donna Francine Finney in 1969, a union which lasted 44 years until Donna’s death in 2013.  Dick is survived by his sisters Joan and Donna Nickum, nieces Denise Poloche, Ellen Pursell and Sara Joern, and nephews Erin Shelton, and Dru and Vincent Finney.  Dick was a loving son, brother, and uncle, and a loyal friend.  Family was everything to him.  He was the quintessential big brother, taking care of all of us all his life.  We will miss his generous heart.

Dick belonged to Theta Xi fraternity and was an avid alumnus of Kansas State University – GO CATS!!  He was a generous supporter of both organizations.

While living in Kansas City, he was an active runner and race official for many of the big races in the city.  He was also a volunteer with his wife Donna at the YMCA and at the local recycling center, and was a member of the Sierra Club.

In later years, he was active in the Vietnam Veterans of America and other veterans organizations.  He was also a member of Rotary International in Topeka and was named a Paul Harris fellow by the Rotary in 2016.

Dick was a lifelong animal lover.  He and Donna had numerous dogs and cats during their marriage, and they donated time and money to various animal rescue organizations. He was walking his Labbie girl, Sweetie, when he died.

Visitation and Memorial Services will be held Friday, October 30, beginning at 1:00pm at Terrace Park Funeral Home in Kansas City, MO. Burial in Terrace Park Cemetery following at 2pm. An informal reception at Terrace Park Lakeside Chapel will follow the graveside service. Memorial contributions may be made to the Wounded Warrior Project, The Michael J. Fox Foundation for Parkinson’s Research, or Best Friends Animal Society.

To order memorial trees or send flowers to the family in memory of Richard Nickum, please visit our flower store.