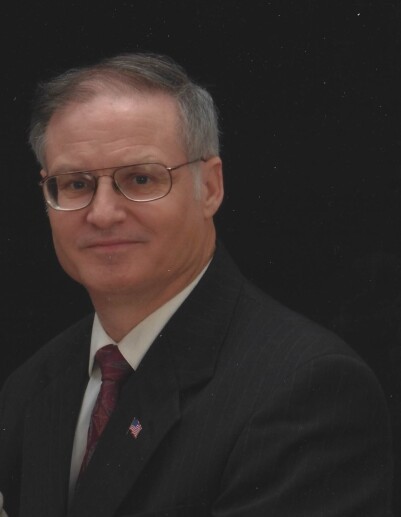 A Celebration of his Splendiforous (a word he frequently used) life will be held Sunday, June 27 from 3-5pm at Terrace Park Funeral Home in Kansas City, MO. Richard’s body was donated to the University of Kansas Medical Center to be used for teaching. Teaching being his fifth or sixth vocation that included husband, son, father & grandfather.  All of which he poured an immeasurable amount of joy and compassion into. He will be cremated at the end of his teaching journey.

Born on November 11th, 1953, in Walnut Creek, California to John and Ruth (neé Schnapp) Parmeter. They lived in Pleasant Hill until the family moved to St. Louis, Missouri in 1961. Richard attended Robinson Elementary, Nipher Jr. High, and Kirkwood High School from which he graduated in 1971. Richard then attended University of Central Missouri, graduating with a degree in Power Technology in 1975. Richard began work at the Marley Cooling Tower Company in 1975 as a draftsman and later moved to Customer Service.

This was only the beginning of the self-improvement Richard was known for. While working for Marley in Customer Service, he attended night classes at University of Missouri-Kansas City for 6 years to graduate in 1990 with a Bachelor’s Degree in Mechanical Engineering. Richard eventually left Marley/SPX in 2002 to be a Project Engineer in Waste Water for Kansas City Missouri Water Services.

Richard thoroughly enjoyed his time there as it challenged him to use his Engineering skills. This led him back to UMKC a third time to earn his Masters in Civil Engineering in 2004. Later, Richard became an adjunct professor for UMKC instructing in Wood Construction and Design, having found a passion for teaching. Upon his retirement from the City in 2016, he began Richard Parmeter Consulting LLC, continuing to offer his immense knowledge to projects all over the Kansas City area.

These are not the least of Richard’s achievements. He joined Boy Scouts with his son Matthew and remained an active and dedicated scouter in Troop 314 further involving himself with the Heart of America Council. More recently he could be found donating his time and talents wherever they were needed. From attending summer camp at Bartle as a Council & Campsite Commissioner to providing instruction at Cub Scout and Webelos day camps. As a member of the Tribe of Mic-O-Say Richard chose for his tribal name, “Sound Sleeping Mountain Lion” and attended many sessions at both Nash & H. Roe Bartle. As an honorary warrior, he was awarded the rank of KotSB for his many years of volunteer dedication.

In his initial college days, Richard was a part of ROTC in the Military Fraternity Pershing Rifles. While attending for his Engineering degree, he became a member of the honor society, Tau Beta Pi. He also was an avid blood donation advocate, donating over 100 gallons of blood and earning the Community Blood Center Century Society award in 2005.

Donations may be sent to UMKC School of Engineering, American Heart Association and Boy Scouts of America.

To order memorial trees or send flowers to the family in memory of Richard Parmeter, please visit our flower store.