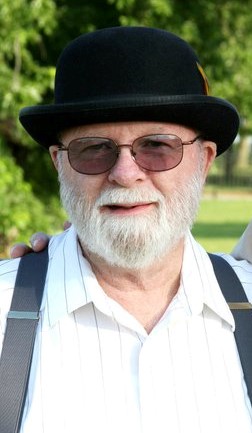 Robert “Bob” Carl Wright Allison, 83, of Kansas City, Missouri, passed away peacefully surrounded by his loving family on April 27, 2022. He was born to the late Raymond and Rose Marie Allison on November 13, 1938. He was married to the love of his life, Linda, in 1965. They shared close to 57 wonderful years together. Bob and Linda had first met at the Terpsichorean Exhibition folk dance group of San Francisco. They were also known as members of the Folk Liners and spent many days a week dancing together. Bob was educated in San Francisco, California where he was born. He later resided in Missouri for 21 years and was employed at the local 104 as a sheet metal worker. He has been a member of the Church of Jesus Christ of Latter Day Saints, since 1976. Bob enjoyed playing cards and bowling with his family. In his later years, Bob spent countless hours building doll houses and donating them to local charities to give away to children in need. Bob built a whole village of dollhouses and took great care to ensure each was a masterpiece. Bob will be remembered for his generosity to others, his love for life, but most importantly, his love for his family. He was preceded in death by his parents Rose Marie and Raymond; son: Thomas Paul Allison; brothers: Patrick and Alan Allison; and niece: Carrie Allison. Survivors include his loving wife, Linda; son: Mike (Amy) Allison; Nieces and Nephews: Maureen, Joel, Destin, Sean, Candi and Katie; sister in laws: Judy, Kathy and Christine; grandchildren: Joey, Jenna, Jonny, Connor, Jennifer, and Lauren; and great grandchildren: Aiden, Wren, and Tylee. In lieu of flowers friends and family are encouraged to donate to The Farmer’s House which is an organization serving people with intellectual disabilities to lead their best lives.

To order memorial trees or send flowers to the family in memory of Robert Allison, please visit our flower store.