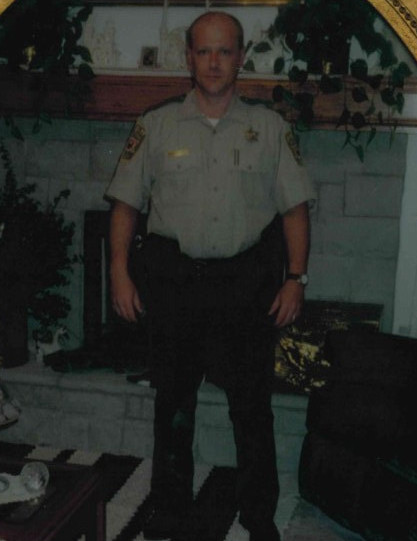 Rocky Allen Ball, 61, was born February 06, 1961, in Batesville, Arkansas to Carroll Edward Ball and Peggy Jo (Taylor) Ball. At a very early age, the family moved to Kansas City, Missouri where Rocky would live his entire life. As a youngster, Rocky fell in love with fishing and hunting which continued throughout his life. Rocky was also athletic and played baseball through his young adult years, until a shoulder injury ended his game. A few years after graduating high school from Park Hill high school, in 1979, Rocky began his career as a bail bondsman and bounty hunter. Rocky traveled to 47 of the United States and Mexico, as well as Canada to apprehend fugitives. Rocky retired after 17 years and then began his second career in law enforcement. After graduating from the police academy, Rocky held various duties that included being a deputy, US State Marshall, and Bailiff. Rocky retired after 17 years in law enforcement. The last job Rocky performed was working at the local Home Depot in the painting department where he was loved by his fellow associates. Rocky’s greatest passions were gardening, hunting, Arkansas, and his family.
Rocky passed away Monday, August 29, 2022 at the home. He was surrounded by his children, parents, siblings, nieces, nephews, aunts, uncles and many cousins who held vigil by his bedside in his last days. Rocky is survived by his children: Lacey D. Bird, Rocky A. Ball, Jr., and Katie L. Ball. His grandchildren: Ezra Bird, Eliza Bird, Elliott Bird and Baby Bird. His parents: Carroll and Peggy Ball; his brother: Randy Ball; his sister: Kimberly Davenport; and many nieces, nephews, aunts, uncles, and cousins. Rocky was preceded in death by his paternal grandparents, Willie and Jewell Ball and his maternal grandparents, Gordie and Beulah Taylor. Rocky will be forever missed and loved.

To order memorial trees or send flowers to the family in memory of Rocky Ball, please visit our flower store.