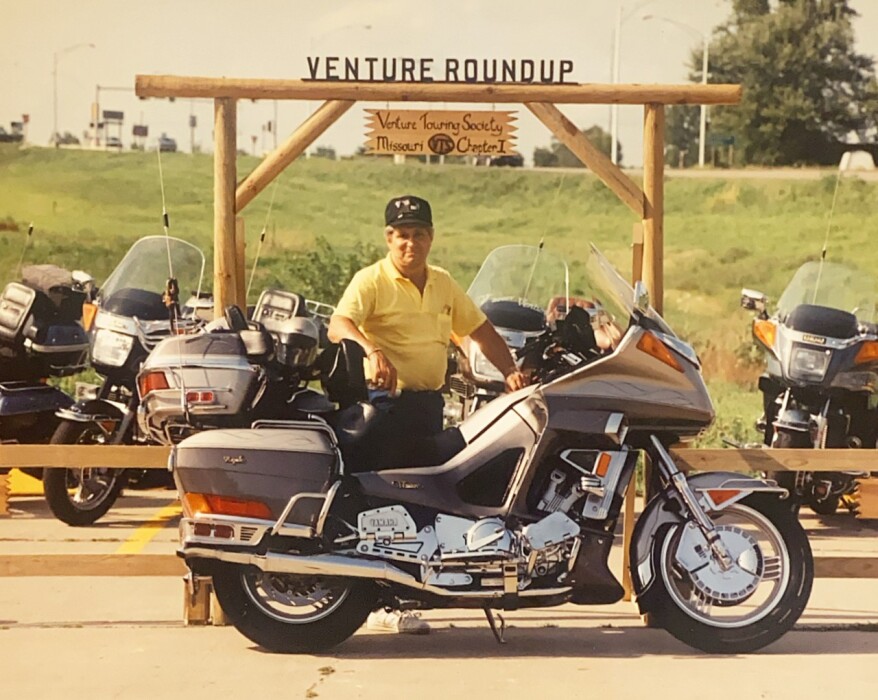 Ron was a man who left a lasting impression on those around him. He was always there when someone needed him and will be remembered for his caring ways. All would consider Ron to be a loyal friend. If you needed him, he was there. He had a great love for his family.

He spent 63 years as a pressman, retiring in 1996. He was an avid baseball player. He played for the St. Louis Cardinals, and even received the Hall of Fame award through Lincoln High in 2018. Ron enjoyed riding his motorcycle with wife Eileen, all through the states and even in to Canada.

Ron could do just about anything. He was a jack of all trades.

He will be missed dearly by those who loved him.

Ron was preceded in death by his parents; brother: Robert Bayless; and grandson: Ethan Bayless.

In lieu of flowers, contributions may be made to the Avalon Hospice Center: 432 W Fir Rd Ste A, Carthage, MO 64836.

Services are as follows: Visitation from 11:00am-12:30 pm at Terrace Park Funeral Home and Cemetery with a graveside service to immediately follow at Terrace Park 801 N. W. 108th Street, Kansas City, MO 64155.

To order memorial trees or send flowers to the family in memory of Ronald Bayless, please visit our flower store.