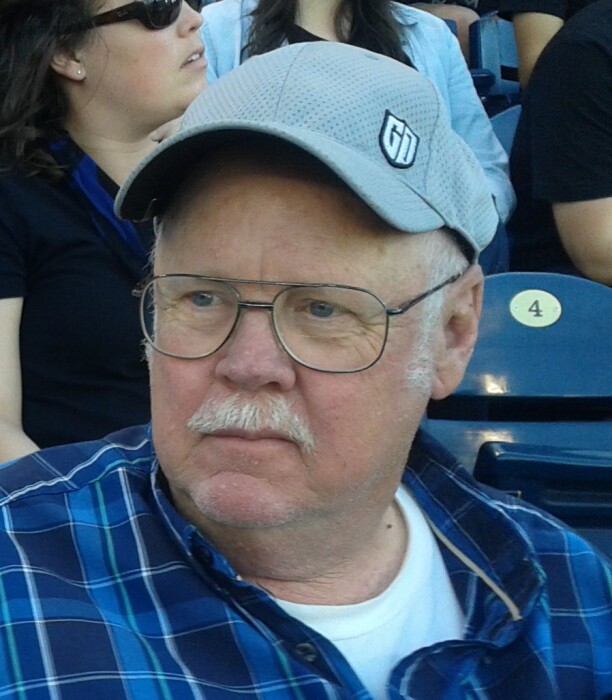 Roy was born December 5, 1946 in Enid. Oklahoma to Geraldine May Shafer and Roy Anthony Youmans.  They lived in Salt Fork, Oklahoma prior to moving to the Kansas City area.  When he was elementary school age the family moved to Gladstone, MO where he grew up with sisters Mary, Betty and Kathy.  He graduated from NKC High School in 1964 and started his higher education in computer science.  As this was during the Viet Nam era, he soon enlisted in the U.S. Army.  Although, he was trained to be a company clerk, just before shipping out to Viet Nam, he was ordered to Germany where he became a computer operator in the finance corp and earned the rank of Sec. 5.

After returning home from the Army, he went to work for City National Bank.  There he met Sandra Mick and they married on July 4, 1970.  They had two children:  Stanley Bryan (Oct 11, 1966) and Sarah Jayne (Sept 4, 1973).  Roy left the employment of the bank shortly after marrying Sandra; he began his dream job as a fire fighter for the City of Kansas City, MO.  He reached the rank of Fire Apparatus Operator on July 4, 1977 and spent nearly 32 years in this profession.

Although he enjoyed fishing, he found golf and never looked back.  There is life and death, but golf was more important.  Roy also belonged to Fairview Christian Church, Rising Sun Masonic Lodge #13 AF&AM and Barry Chapter #369 Order of Eastern Star.

After Roy retiring in 2003 and Sandra in 2011, they traveled to Atlanta and Savannah, Georgia (2011), the Grand Canyon (2013), Cruise to Alaska (2016) and Hawaii (2018).  Further travel was shortened by the Covid Pandemic.  As a cruise for their 50th anniversary was cancelled, the couple found that Roy’s health would never sustain another trip and on May 10, 2021, he entered into his rest with the Lord at NKC Hospital.

Preceding him in death were his grandparents, parents, and a brother Billie.  Those he left behind to mourn his death are his wife, Sandra; his children, Stanley and wife Alicia Youmans; his daughter, Sarah and her husband Michael Curnutt; granddaughter, Lacey Strobel; grandson, Joshua Youmans and S.O. Cristlynn and their son Lucian (great-grandson); grandson Gabriel Curnutt and great-granddaughter Cayla Strobel; sisters, Mary Peterson (Randy), Betty Hutson (Dean) and Kathy Taylor (Mike Sr.); and many, many nieces, nephews, greats, great-grands and cousins.  He was much loved by all.

In lieu of flowers, please, keep donations to the Nat’l Multiple Sclerosis Society in mind.

To order memorial trees or send flowers to the family in memory of Roy Youmans Jr, please visit our flower store.