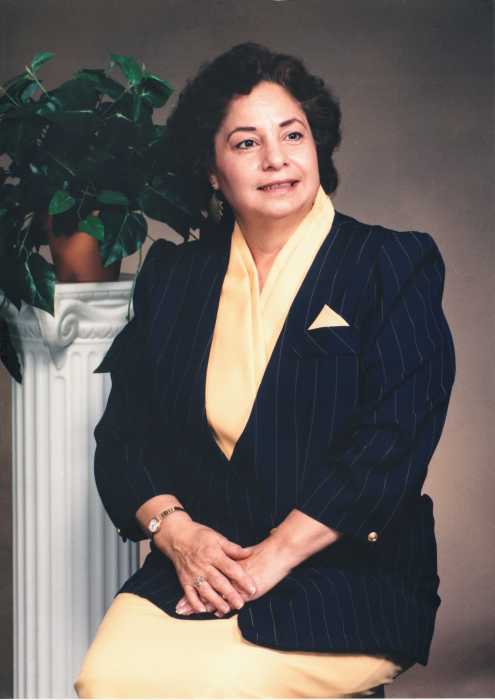 Sally Lopez, 83, of Kansas City, Mo., passed away July 8, 2021 at NorthCare Hospice House.  A visitation will be held on Saturday, July 31 from 10:30am-11am followed by a Funeral Mass, all at Church of the Ascension, 9510 W. 127th Street, Overland Park, KS 66213.  In lieu of flowers, memorial contributions are suggested to NorthCare Hospice House.

Sally was born on December 30, 1937 in Kansas City, Ks. to Joe P. and Paula (Gomez) Baptiste.  She attended St. Thomas School and Central High School in KCK.  She married Samuel Lopez on December 18, 1953 in Olathe.  After staying home for a few years to start her family, Sally began her career as a seamstress, first for Donnelly Company (later Gay Gibson) and ultimately retiring from Sealy Mattress Company.

Sally enjoyed traveling with Samuel and they went many places together, including Mexico, Spain, and other European countries.  She was known for helping her neighbors (especially with their mending) and always wore an apron with candy in the pockets.  She loved dancing at family reunions and enjoyed going to casinos (and her scratcher tickets.)

Sally will be dearly missed by all who knew and loved her.

To plant a beautiful memorial tree in memory of Sally Lopez, please visit our Tree Store.

To order memorial trees or send flowers to the family in memory of Sally Lopez, please visit our flower store.

Church of the Ascension

Church of the Ascension