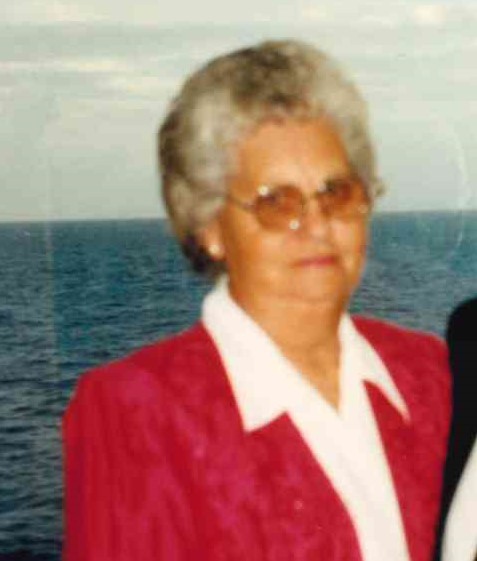 Shirley Maxine Edmonds, 91, of KCMO, passed away June 30, 2021.  Visitation will be on Wednesday, July 7 from 1-2pm followed by services at 2pm, all at Terrace Park Funeral Home.  Burial will follow at Terrace Park Cemetery.

Shirley was born on October 20, 1929 in El Dorado Springs, MO to Clyde Williams Simonin and Bessie Augusta (Giddens) Simonin.  She attended Rocky Point School after which she went to work for Nelly Don’s.  She married Ashby Edmonds on June 12, 1948.  Shirley had previously worked at Penney’s and then the North Kansas City School District, from which she retired.

Shirley enjoyed cooking and crocheting, especially afghans which she would donate to Project Warmth.  She was a member of the Order of the Eastern Star and a founding member of Gashland Baptist Church.

Shirley was preceded in death by her parents; her husband, Ashby; a son, Ronald Edmonds; a sister, Leta Holdhouse; and a brother, Paul Simonin.  She is survived by her son, Donald Edmonds (Linda Lindberg); daughter-in-law, Linda Edmonds; grandchildren:  Angela Richman, Brian Edmonds, Crystal Kidd, Camie Walsh, Charles McGill, and Pam Taibi; many great grandchildren and great-great grandchildren; a sister, Juanita Taylor; and many nieces and nephews.

To order memorial trees or send flowers to the family in memory of Shirley Edmonds, please visit our flower store.