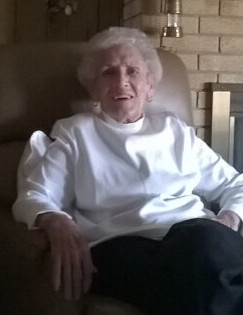 Thelma M. Taylor, 98, of Smithville, Missouri passed away on Thursday, October 27, 2022. She was born February 25, 1924, in Amazonia, Missouri to the late Clyde and Lillian (Burton) Livingston.

Thelma had a full life; she graduated from Central High School in St. Joseph, MO in 1941. She was the City Clerk for Gladstone, Missouri from 1957 to 1960, and a court reporter for Jackson County divisions 1 and 16 until she retired in 1981. She was a member of the Order of the Eastern Star and Needles Quilting group. She and her late husband, Keith, enjoyed traveling in the U.S. and abroad. They went all over the U.S. on Glidden Tours with the Moila ‘Ole’ Tymers Antique Car Unit. Even in her final days she maintained her enjoyment of Jeopardy, reading, crossword puzzles and word jumbles.

In addition to her parents, Thelma is preceded in death by her husband Keith, daughters Patricia K. Scarkino and Pamela M. Taylor and infant sister Dora Josephine Livingston.

A memorial service will be held at 11:30 AM on Friday, December 9, 2022 at the Terrace Park Funeral Home Chapel. Memorial contributions may be made to Kansas City Hospice Foundation 1500 Meadow Lake Parkway, Suite 200 Kansas City, MO 64114.

To order memorial trees or send flowers to the family in memory of Thelma Taylor, please visit our flower store.