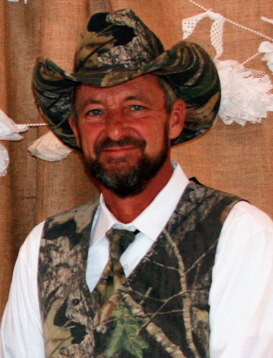 T. Mark Wilson, age 64 of Edgerton, Missouri, passed away after a long battle with cancer on September 7, 2022 in his home.

Thomas Mark Wilson, affectionately known by many as Mark or Rooster, was born on January 3, 1958 to Franklin and Charlene Wilson. After receiving his GED, Mark started with the Carpenters Union. For most of his career he worked for Firebaugh Construction and later with Nebel CSI. He retired after 30 plus years as a Commercial Carpenter from local 1127. Mark loved all animals and being outdoors. He enjoyed hunting in Western Kansas, going to the ocean, seeing Alaska and Maine, and camping with his wife and friends. He was the happiest when hanging out with family and friends, and/or with a beer in his hand. Mark especially  loved becoming a grandparent and having his grandkids call him Rooster, which then stuck and became his name. He was also known for his random pranks and being a jokester all around.

A Celebration of Life will be held at Vineyard Church,12300 NW Arrowhead Trfy, Kansas City, MO 64165, on Wednesday, September 14th, with visitation starting at 1:00pm, followed by the funeral services at 2:30pm. A reception will be held after the services at the Smithville American Legion, 2607 Missouri 92, Smithville, MO 64089. In lieu of flowers, contributions may be made to the Shriners Hospital for Children (Burn Care | Shriners Children’s (shrinerschildrens.org).

To order memorial trees or send flowers to the family in memory of Thomas Mark (Rooster) Wilson, please visit our flower store.