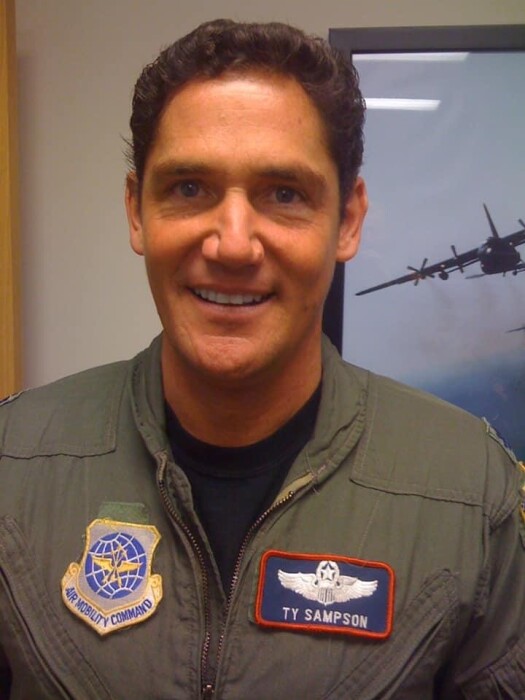 Tyson, Sampson, age 55, of Spring, TX passed away on Friday, May 1 surrounded by his family.

Ty was a beloved son, husband, father, brother, and friend, who dedicated many years of his life to the United States Air Force and United Airlines.

A highly skilled aviator, he was doing exactly what he was born to do.  He was the best of the best, and always challenging himself and others to be better.

Ty was passionate about flying.  He never met an airplane he didn’t like.  He adored his family and was known to get a little homesick for them during what was supposed to be a “guys trip.”  He could play for hours on end with his daughter, Kate.  He was also very domestic; always helping out with chores, or whatever was on his “to do list.”  He was witty and extremely funny and goofy around those closest to him.   He was a generous man who volunteered his time, donated money to several charities, and never thought twice about helping those in need.

He was born on September 4, 1964 to Robert and Marilyn Sampson.  He is preceded in death by his parents.

To order memorial trees or send flowers to the family in memory of Tyson Sampson, please visit our flower store.