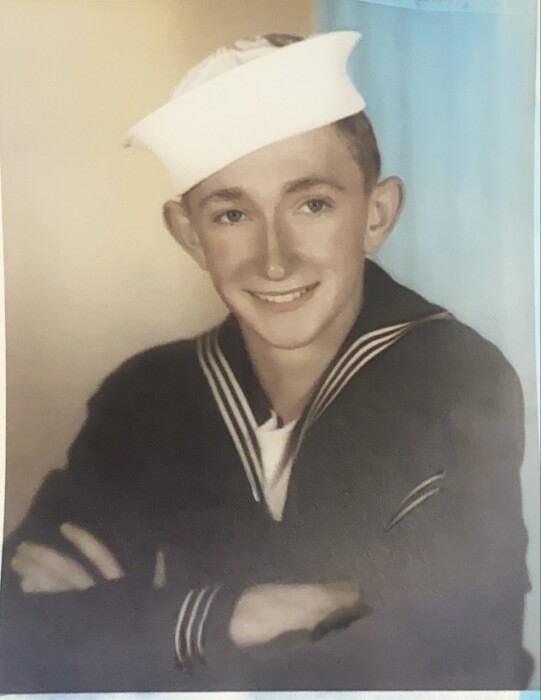 Vernon Dwight Justus, 89, of Gladstone, Missouri, entered the gates of Heaven on February 28, 2022. He was born on June 12, 1932 to Ross and Hazel (Fox) Justus, in Smithville, MO and was raised on his family’s farm. He married his love, Shirley Wathen on March 16, 1956. They made their home in Gladstone, MO all of their married life.

Vernon was employed for many years as an administrative assistant at the Hartford Insurance Company located at the Kansas City Stock Yards.

He honorably served in the U.S. Navy from 1952 until 1956 during the Korean War. During his service he was stationed in Guam, aboard the USS Maddox DD731, and the naval station in Adak, Alaska.

He was a loving husband, father, and grandfather. He made the most beautiful woodwork items and often spent time crafting these beautiful items for his family. He will be remembered as one of the most honest people you have ever known, and his word was like gold.

He will be missed dearly by those who loved him.

Vernon was preceded in death by his parents; brothers: Roy Justus and Norman Justus; and sister: Martha Mae Cone.

In lieu of flowers, contributions may be made to the Fairview Christian Church: 1800 NE 65th St. Kansas City, MO 64118

To order memorial trees or send flowers to the family in memory of Vernon Justus, please visit our flower store.