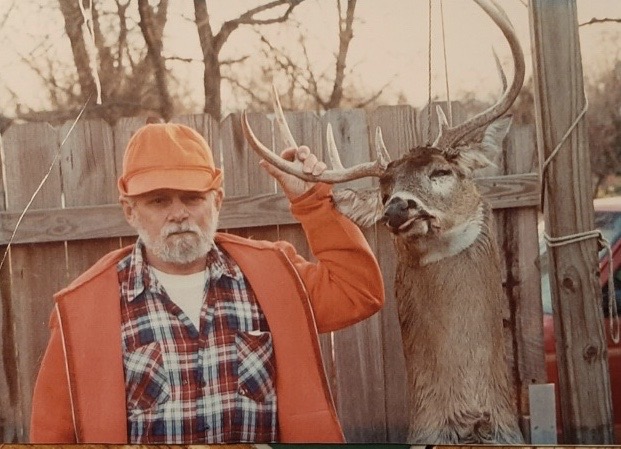 Wallace H. Butterworth Sr. was born in Pennsylvania on August 20, 1939. He loved hunting and fishing and often ditched school to pursue these pastimes. When his brothers migrated to Missouri he wasn't far behind them. Although he lived in Missouri for over 45 years, he still call Pennsylvania home and proudly called himself a Pennsylvania Ridge Runner.

He worked in the paper industry and was a member of the United Paper Workers Union for over 35 years.

He is preceded in death by his parents, James and Gladys Butterworth; brothers, Tom and Bill; and sisters, Linda and Carol.

A  memorial celebration will be held on Wednesday, December 30th from 6-8pm, with a time of sharing remembrances at 7:30pm. In lieu of flowers, contributions may be made to the American Stroke Foundation (6405 Metcalf Ave #214, Overland Park, KS 66202). The funeral service will be available to view via live stream.recording at https://www.oneroomstreaming.com/view/authorise.php?k=160939767992866.

To order memorial trees or send flowers to the family in memory of Wallace Butterworth, please visit our flower store.