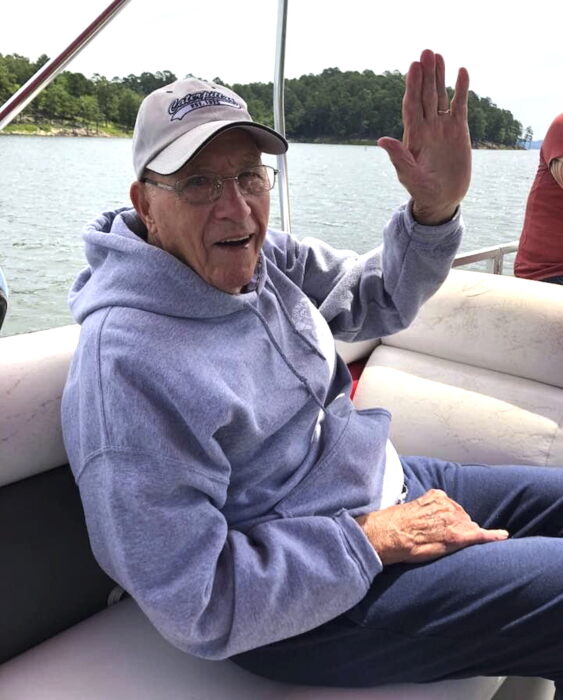 Bill was born on August 30, 1934 in Windsor, MO to parents, Emmett Box and Dorothy (Farris) Box. As a young boy, his family moved to Kansas City where he attended school and was in the 1953 graduating class of North Kansas City High School, and for many years continued to gather with his fellow classmates as a member of the Hornets of Yesteryear Club. On June 6, 1954, he married his high school sweetheart, Carol Smith, and from this blessed marriage they had four children. Bill worked for many years as a heavy equipment operator for the Gas Service Company (Western Resource). He was known for his incredible sense of humor and his ability to bring joy and laughter everywhere he went. He loved telling jokes, as well as spending time in nature - bird watching. He also enjoyed coaching little league baseball and volunteering his time with the Boy Scouts. Bill was a devoted Christian and was a longtime member of Gashland United Methodist Church where he volunteered for various church activities. Bill is preceded in death by his parents and sisters, Maxine Hinsley and Carline Robertson. He will be fondly remembered and greatly missed by his wife of 67 years, Carol; children, Lisa Gideon (Carl), Susan Box Hult (Bill), Alan Box (Rama), and Leslie Wood (Mike); grandchildren, Jason, James, Hillary, Madelyne, Nathan, Garrett, Chace, and Emilee; 22 great grandchildren, 1 great great grandchild; and many nieces, nephews, and friends.

To order memorial trees or send flowers to the family in memory of William Box, please visit our flower store.