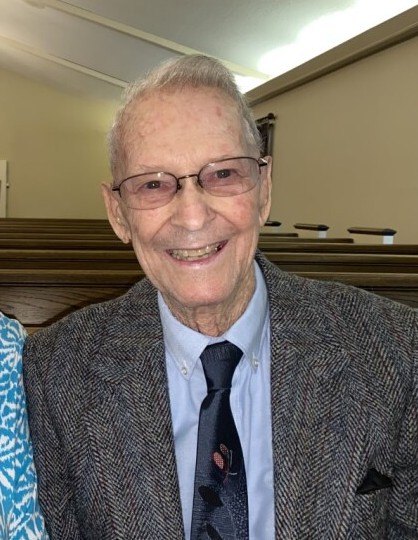 He was born March 6,1936 in North Kansas City, Missouri, to Norman and Edna (Threlkeld) Beaman.

Bud was a 1956 graduate of Park Hill High School.

In his youth, he worked on his family farm, then briefly owned and operated a gas station in Riverside, Missouri. Bud was the owner and operator of Beaman Pest Control for 45 years, retiring in 2010.  He was loved and respected by many great clients in the Northland and his company motto was, "Stop screamin, call Beaman!"  Bud's business was very successful because of his honesty, integrity, and work ethic.

Bud's main hobby was hunting.  He had many adventurous trips to Colorado, Alaska, and Canada. He also loved his Lake of the Ozarks home away from home, and all his lake neighbors.  He enjoyed waterskiing well into his 70's and loved sharing his place at the lake with all his friends and family.  With Sherry working as a flight attendant for TWA, they were able to enjoy traveling all over the U. S. and the world with their daughters.  He was an avid Chiefs fan too, having attended the very first Super Bowl, and Super Bowl IV, where the Chiefs won their first Championship.  He always said he had to wait too long for them to win it again!!

Bud was preceded in death by his parents and brother, William Beaman.

He leaves behind his loving wife Sherry, and two daughters, Debbie (Steve) Hall, and Becky Beaman. Three grandchildren, Jared (Sarah) Hall, Hanna Hall, and Parker Hall.  Two great grandchildren, Amelia and Abigail Hall. Two nieces, Patti Beaman Cuccio and Paula Beaman Dittmer, and one nephew Kevin Beaman. Bud also leaves behind many friends in the Northland, because he never met a stranger!!  All the hospital nurses, hospice nurses, and caregivers would comment they wished they had met Bud sooner.

In lieu of flowers, the family requests donations to Liberty Hospital Hospice. https://www.libertyhospital.org/services/hospice/

A visitation will be on Thursday, April 22, from 1 - 2pm at Terrace Park Funeral Home, 801 NW 108th Street, Kansas City, Missouri.  The funeral service will begin at 2pm with burial following at Terrace Park Cemetery.

To order memorial trees or send flowers to the family in memory of W.L. "Bud" Beaman, please visit our flower store.